The IAR will hold 2 shifts for Jumuah (Friday) prayers at 11:30am and 1:00pm. The third shift will NOT be held due to the inclement weather. No activities except prayers […] 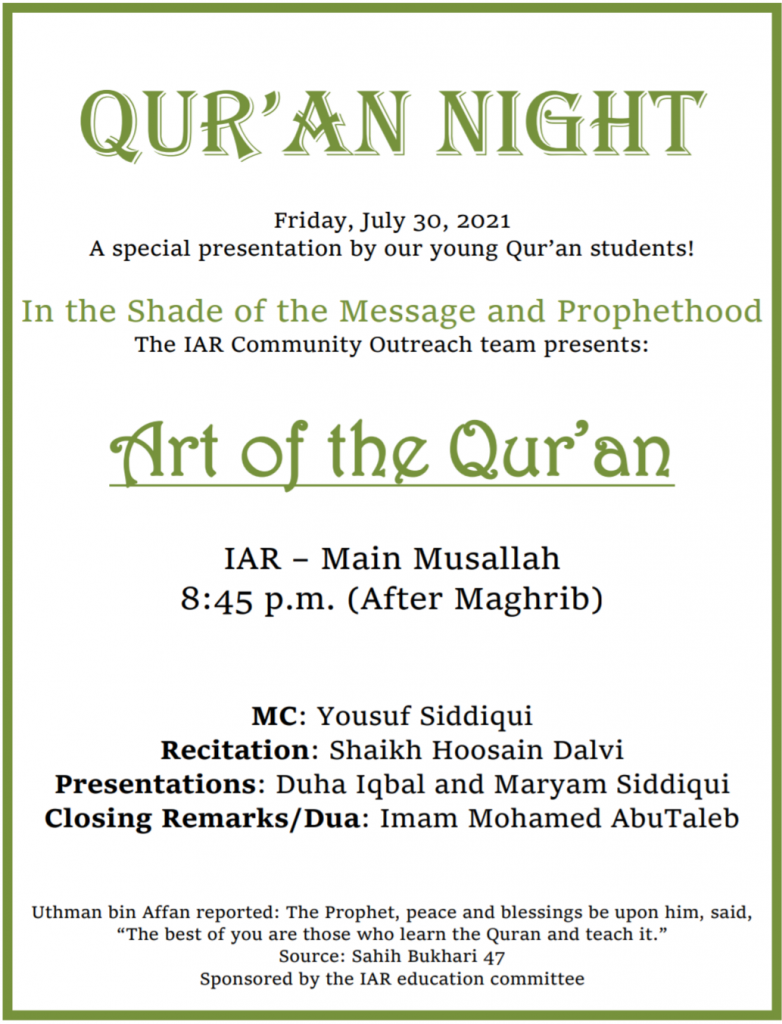 Who is Allah? It is a known fact that every language has one or more terms that are used in reference to God and sometimes to lesser deities. This is […]

The Social & Welfare Committee collects Zakat-ul-Fitr during the month of Ramadan. You may pay online by selecting Zakat-ul-Fitr from the donation dropdown menu, or by using a marked envelopes deposited […]

A Prayer for Newlyweds

Chosen by Mohamed Baianonie, Imam at the Islamic Center of Raleigh, NC   All praises and thanks to Allaah, the Lord of all that exists, and peace and blessings upon […]

Rules of the Fasting of Ramadaan With Evidences

(Prepared by Mohamed Baianonie, Imam of the Islamic Center of Raleigh, NC) The blessed month of Ramadaan is just around the corner. We should prepare ourselves to receive this month with sincerity […]

Rules of the Fasting of Ramadan

Prepared by Mohamed Baianonie, Imam of the Islamic Center of Raleigh, NC Allaah ﷻ says in the Qur’aan what may be interpreted as, “O’ you who believe, fasting is prescribed for […]

Step by Step Guide for Umrah Prepared by Mohamed Baianonie, Imam at the Islamic Center of Raleigh Al-Ihraam (Clothing) Ihraam is mandatory (waajib) clothing to be worn during Umrah. The […]

Differences in Fiqh Made Easy Part I and II (pdf)

Eid ul Fitr will be held on Thursday, May 13th.

Both the Khatm and Eid will be held at the Expo Center at the fairgrounds. Please watch the video for more details.
Read more.

Your masjid is seeking volunteers on May 11 and May 13 to assist with setting up and facilitating Khatm Al-Quran night and both Eid Salah shifts.